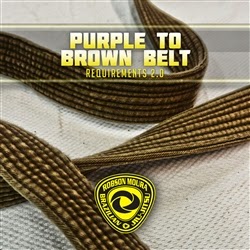 This is the purple to brown belt requirements DVD and his second offering of a similar series now dubbed 2.0.  The DVD features Robson Moura and his black belt Jeff Mitchell.  The beginning of the video is worth a minute to watch and reflect on Robson's opinion about being a brown belt and working on the transition to black belt.

Let me preface by saying that this instructional isn't the typical, here's a move, then another, then another.  Robson and Jeff both discuss options and commonly encountered issues with nearly all the moves which gives it a natural feel and provides a nice flow. 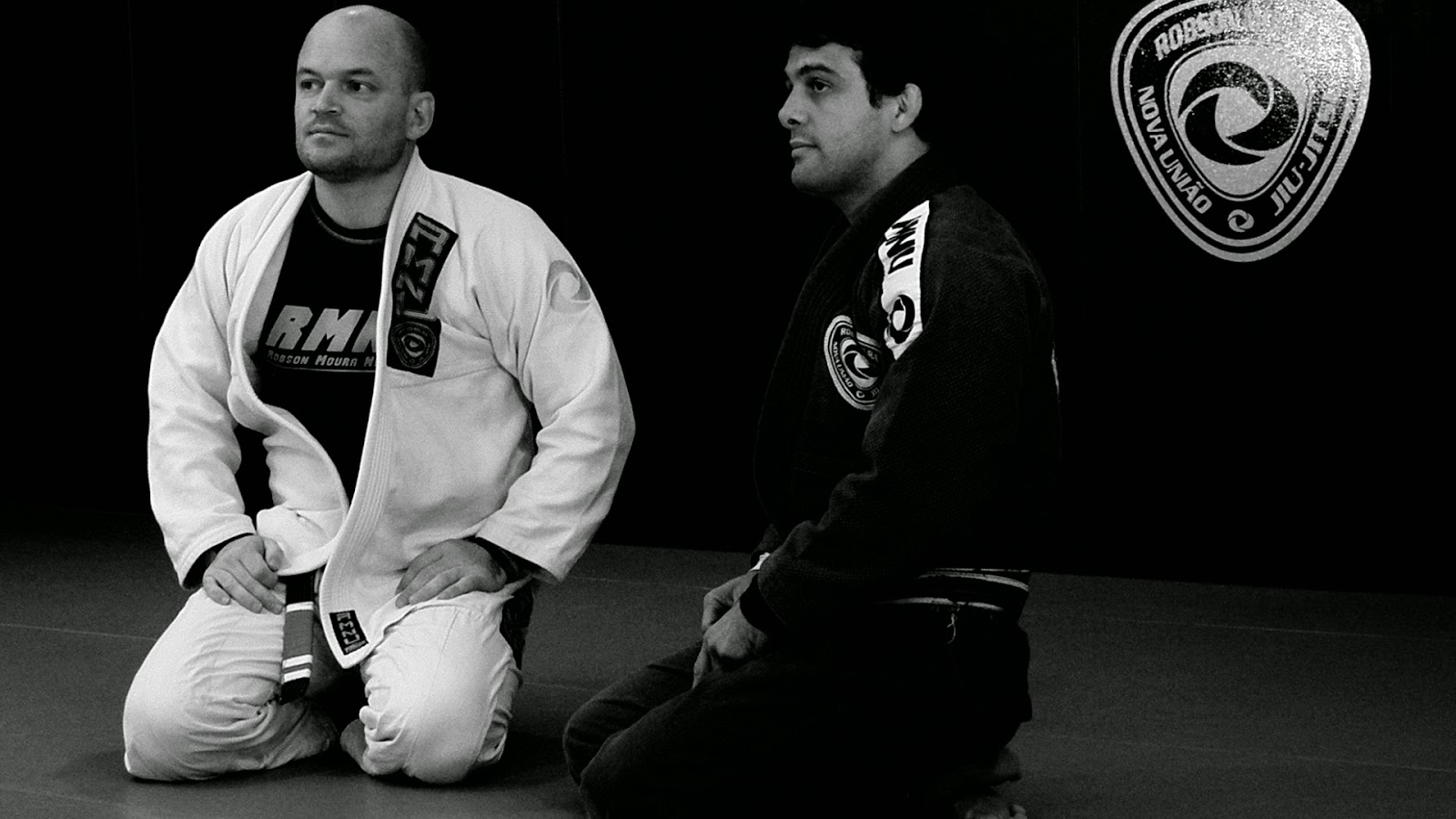 In this section Robson shows one of his favorite ways to set up the omoplata.  He likes to utilize a same side sleeve grip for the targeted shoulder and pivots his body in order to create the lock on the shoulder.  Here he shows some nice details on how to break down his opponent and finish the shoulder lock.

He moves on to show an alternative back-take option when he cannot break his opponent's posture from the omoplata position and finishes with a choke.

There is a third option (armbar) when your opponent tries to use the typical shoulder roll to relieve the shoulder lock pressure that is also very sneaky.

I really like this series which features the opponent standing up while in the closed guard.  Rather than forcing to keep the guard closed Robson uses a slick transition by over-hooking the outside leg (similar to an ankle lock) and moving into X-guard.  From the X-guard position Robson shows a sweep based on posture control landing in knee on belly/side mount.  An armbar option is also shown as he finishes the sweep.

Robson shows two additional sweep options when he cannot control his opponents posture via the lapel.

3a. Spider Guard Front Side Pass

Robson begins showing how to deal with the spider guard while his opponent has a lasso and bicep control.  He likes to utilize a low base with forward pressure to remove the bicep grip.  He transitions with a knee over pass to finish.  This is a great pass for those that prefer to  pass low and/or on the knees.

Robson focuses on smashing the legs together in a leg drag fashion.  This is a variation I have not seen before.  It appears to create a nice opportunity to take the back of the opponent.  He is essentially faking a guard pass to the conventional side and switching to the opposite side to complete the movement.

If you have seen Robson's 93 Guard then this will look familiar.  Robson begins in the half guard and utilizes his 93 Guard to sweep his opponent.  From here he attacks for an ankle lock on the sweeping side rather than coming up to complete the pass/sweep.

Straight ankle lock escapes are covered utilizing lapel control, clearing the leg and sitting up into a dominant position courtesy of Jeff Mitchell.

Robson adds one of his preferred methods of escaping the ankle lock.

5a. Countering Single Leg to Back Take

This is an excellent opportunity to take back of opponent attacking a single leg while they are ground on the knees.  It is particularly effective if you cannot sprawl hard enough to remove the grip on your leg.

5b. Countering Single Leg to Back Take (continued)

Working from the same position Robson shows a shoulder roll that lands his opponent in an omoplata.

Further exploring options from the single leg attempt Robson shows a darce choke.  Lots of details are shown when it is difficult to get the arm deep enough to finish the darce.  When this happens there is a great ezekiel choke opportunity that Robson covers.

To finish things up they have included a nice collection of bloopers that they encountered while shooting the video of techniques which is always amusing.  That about sums up the content on this disk.  It is not the largest instructional DVD in my library but what it does show is all very good material a lot of which I have never seen before.  Nothing too flashy rather technique that seems reasonable for most BJJ practitioners to pull off with some practice.  I think that this is a well valued DVD instructional at it's price point of $35 I and feel that most people blue belt to black belt would appreciate the content.

DVD's & gear can be purchased here: